The GED® test is a widely used examination that demonstrates high school equivalency as well as college and career readiness. It includes the reading, writing, thinking, and problem-solving skills needed for postsecondary educational programs and for the world of work. This means that your high school equivalency diploma is not an end in itself—it is the springboard to more education, to better-paying jobs, and to more rewarding career paths.

The GED has Four Subtests in Four Content Areas

To test a range of skills, the GED® test uses a variety of computer-based question formats. About the Test sections. When you take the test, you will use these question formats:


Read and Write Throughout the GED Test

You will read and interpret passages and word problems on all four tests. In addition, two out of four subtests (Reasoning through Language Arts and Science) require that you read a passage or two, and compose a response about what you have read.
The type of writing that you will use is called evidence-based writing, which means that you need to cite specific evidence from the readings in your response. This is a key characteristic of the type of writing that is required in workplaces and in educational programs.

In addition to the questions on the Mathematical Reasoning Test, math items also appear on the Science Test and the Social Studies Test. On all three of these tests, you may use either a hand-held or an on-screen version of the Texas Instruments TI-30XS MultiViewTM calculator to use with math items. If you wish to use a hand-held version of the calculator, you may need to take one with you on test day. You can buy this calculator at stores that carry office and school supplies and through online vendors.

MyGEDTM is a personalized online program that will be your entry point to all test activities, including scheduling testing and retesting (if necessary), viewing score reports, ordering transcripts and your diploma, and investigating your next steps in making the transition to college or to a career.

Scoring of the GED test works as follows:

What's on the GED: Reasoning Through Language Arts

How Long Does it Take to Get a GED?

What's on the GED: Science

What to Expect on GED Test Day 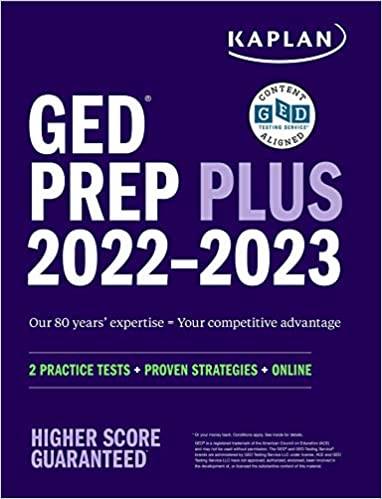 Who Should Take the GED Test?
Scroll to top