We’re covering everything you need to know as you consider applying to the Perelman School of Medicine at the University of Pennsylvania. You’ll learn about acceptance rates, application deadlines, average MCAT scores, tuition, curriculum, and more.
[ RELATED: MCAT Prep Courses Near Philadelphia, PA ]

The Perelman School of Medicine at the University of Pennsylvania is the medical school of the University of Pennsylvania, and is commonly referred to at Penn Med. Founded in 1765, it is located in the heart of Philadelphia. Penn Med is the oldest medical school in the U.S. and home to the nation’s first teaching hospital, established in 1874. Carrying its tradition and heritage with pride, Penn Med has been a leader in medical education and research.
With a total enrollment of 766 medical students and over 2300 full-time faculty on staff, Penn Med has an impressive 3:1 faculty-student ratio. 65 of its faculty members have been elected to the Institute of Medicine and, last year, 83 medical patents were awarded to Penn faculty.

In addition to its MD program, the Perelman School of Medicine at the University of Pennsylvania also houses a PhD program, an MD/PhD dual-degree program, a Master’s program, and several post-doctoral degree programs. About 15% of each incoming class is admitted directly into the MD/PhD program, which is intended for students who have already identified a medical research career path.
Taking advantage of the breadth of opportunity available at the ivy league university, Penn Med allows its students to earn a dual-degree with any other school at UPenn. Students can apply to the following programs:

The Curriculum at Penn Med

Penn Med focuses on academic excellence and skillful compassion in its medical training, and all incoming MD students are paired with a chronically ill patient for an 18-month period at the start of med school as part of the Longitudinal Experience to Appreciate the Patient’s Perspective (LEAPP). The intent of this program is to embed a model of patient-centered care from the onset of training. During LEAPP, students become keenly aware of the effects of terminal illness on a patient’s life, including the effects of disease on personal relationships, family, and quality of life.
Outside of the LEAPP program, the bulk of the curriculum is not unlike the majority of medical schools in the country. Students spend the first year and a half studying foundational science before beginning clerkships in January of their second year at one of the five major teaching hospitals, all of which are within walking distance of the school. The latter half of medical school is spent on more advanced science, and integrating what’s learned in the classroom through rotational clerkships and work with standardized patients.
Penn Med has tried to embed the practicalities of working as a medical professional into its curriculum. Team training is used throughout the four years to model the collaborative work students will be doing as medical professionals providing care to patients. Students are taught in small groups to build their communication and strategic thinking skills collaboratively. Recognizing that technology permeates all aspects of the professional medical world, Penn Med is entirely paperless. Students use iPads for coursework and all work associated with classes is housed there.
Refreshingly, Penn Med recognizes the pressures of medical school, and built in ample flexibility into its curriculum so med students can individualize their learning or take a breather if needed. For the first year and a half, three afternoons each week are free and students can fill them as they please—by taking additional classes outside of medicine, pursuing research, or by using the time for themselves. In the final 16 months of the curriculum, students can individualize their learning through electives as they complete required scholarly research under the direction of a faculty member culminating in a formal paper, take seminars, and participate in a boot camp in the final month of school to prepare for the transition into residency. Grading throughout the entire curriculum is pass/fail.

How has Penn Med Made an Impact?

As the nation’s oldest medical school, Penn Med has been at the forefront of medical education for much of its history. The school and its hospitals have been associated with many major medical accomplishments, including:

Penn Med is one of the most selective medical schools, with an acceptance rate of around 4%. For its MD Class entering in 2019, the school matriculated 150 students, 45% of which were Black, Hispanic, Asian, or Native American, and 68% of which were nontraditional students. The Class of 2023 spans ages 21 to 31, and 71% were science majors in undergrad.


What is the acceptance rate for Perelman Med?

The Perelman School of Medicine has an acceptance rate of around 4%.


How expensive is tuition for Perelman Med?

Tuition costs $57,884 per year. Financial aid is available and, according to Penn Med, students graduate with an average debt of about $136,700, which is almost $50,000 below the national average of $186,407 for private medical schools. Notably, Penn Med distributes 25 full-tuition scholarships annually, and all accepted students are automatically considered.


When is the application deadline for the Perelman School of Medicine?

Here is the application cycle for Penn Med:

Applicants are reviewed beginning in July, so it is advantageous to get your application materials submitted as early in the cycle as possible. Interview invitations are extended August-January, and final admission decisions are delivered in March.
* Penn Med’s Early Decision Program is meant for candidates who already meet the mean GPA and MCAT scores of the entering class. Students interested in pursuing that option must consult with the Office of Admissions before June 1 of the cycle during which they are planning to apply. Early Decision applicants will have to provide a CV, an undergraduate transcript, and their MCAT score to the school.
The application fee at Penn Med is $90.

The most popular matches to residency and specialty programs for graduates of the Perelman School of Medicine at UPenn are:

University of Pittsburgh School of Medicine Requirements, Tuition, and More

How to Gain Research and Clinical Experience for Med School 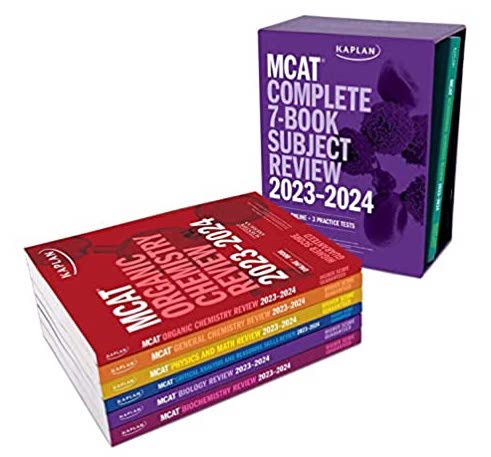