Future MBAs have a lot to keep track of when applying to business school, so we’re here to provide some straight talk on the issue of admissions rounds for business school—namely, whether applying in round one, round two, or round three is best for your particular strengths.

Many MBA admissions officers will tell candidates that if they can submit their applications in round one—or at least avoid round three—they should do so, the logic being that most of the spots in the class will be filled by strong applicants by the time round three comes along.

But there are no absolute rules for when to apply; it is dependent upon the strength of the business school candidate. Before applying, every candidate should think about which round is best for him or her as an individual. Inevitably, there are two common questions that crop up during the MBA admissions process.


MBA Application Rounds—Which is Right for You?

Did you know that most business schools process MBA applications in rounds? What does that mean for you? Well, for most schools, it means that there are three separate application deadlines—or rounds—of processing. How does this play into your business school admissions strategy? Round One: Deadlines in September—October

Round one sees some of the best MBA applications. Those who apply in the fall are often candidates with good grades, solid work experience, and high levels of organization in their activities. If you are a strong MBA candidate, it is probably a good idea to apply in round one. Submit in the earliest round possible provided you don’t compromise the quality of your application.

Not to suggest you should postpone the process unnecessarily, even if you are not the most well-rounded candidate. If your GMAT scores are above 600, the early deadline is the one for you. In this first round, the numbers of applications received by business school admissions offices are comparatively small. Admissions directors almost universally say that later rounds are more competitive than earlier rounds. Most schools try to fill the bulk of their slots with early-round candidates, filling out the class and making sure the incoming group will be as impressive and diverse as possible in later rounds.

“What are the main benefits of applying in round one of MBA admissions?”

All things being equal, a candidate would have a slight edge in the first round. You should submit your application when it presents you at your best—whichever round that happens to be. At the same time, if certain factors apply to you, it’s advisable to do everything you can to make sure both you and your application will be ready for round one.

Round Two: Deadlines in January

The second business school application deadline sees the largest group of applicants, and that means there are more candidates to compete with. Some MBA programs receive over 2,000 applications during this round. The applications seen here are usually from students who generally do well, but could present more weaknesses, although this does vary from school to school and from year to year. If you have a GMAT score that’s less than 600 and you feel strongly that you will do well in taking it again, opting for the second round in MBA application might work the best for you.

In short, determining which round is best for you as a candidate can influence your acceptance. You should never let timing compromise the strength of your application, however. In other words, if applying earlier means sending out an application package that reflects anything less than your best self, you’re better off postponing your submission to a later round.

Overall, don’t worry if you can’t submit in round one. The majority of spots are awarded in round two. Rest assured, the schools will always find room for a strong applicant.

Unfortunately, when you are being compared to a group of unknown competitors, being concerned about every perceived difference or deficiency your business school application might reflect is unavoidable.

Some candidates worry if they are a year older than the average incoming student at their target school; others fret if they are a year younger. Some applicants fear having a GMAT score that is ten points below a school’s average, and many worry about sending their applications after round one. However, the overall strength of your candidacy, which is a measure of many factors, is far more important than where you fit in relation to any single statistic—not to mention whether you apply in round one or two.

So, although the general advice encourages candidates to apply early if ready, no one should put off their MBA admissions dreams for a year if applying in round one is just not practical. You may be surprised to discover that admissions committees encourage early applications but also concede that the difference in selectivity between the first and the second rounds is very small.

Round Three: Deadlines in March— April/May

It is generally true that round three admissions are more difficult than rounds one and two. There are only a limited number of vacant class seats left by this point, the others having been allotted to admits from earlier rounds. Admissions officers are very much aware that they have only so many seats left to fill, so they become even more careful about which candidates those seats go to.

How to Make Your MBA Application Checklist

Everybody’s business school application timeline is different and dependent upon his or her own schedule, but the application checklist is pretty consistent across the board.

It’s never too early to start putting together your MBA application. While you’re gathering your materials, it’s a good time to take stock of your progress and determine your next steps. Where are you in the process now? Where would you like to be next week, next month? We’ve put together some tips to get you going!

Before you apply to business school

Start at the beginning with the bigger questions before focusing on specifics like taking the GMAT and writing your personal essay.

If you checked off all of these things, congratulations! You’re well on your way to applying to business school

If you need some help getting organized, however, we’ve put together a schedule for you to follow. Here you’ll find some tips on how to pace yourself through the process so nothing sneaks up on you before you submit those final forms!

18-12 months before starting your MBA program 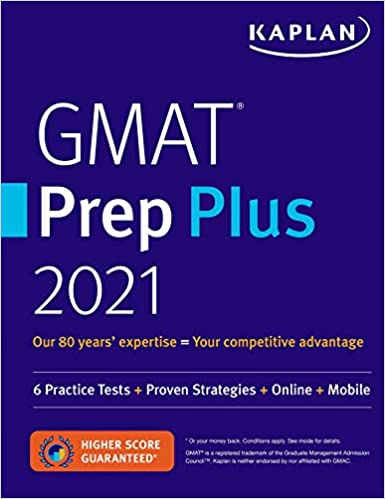 NYU School of Medicine Requirements, Tuition, and More The Night before the GMAT: 5 Last-Minute Tips
Scroll to top